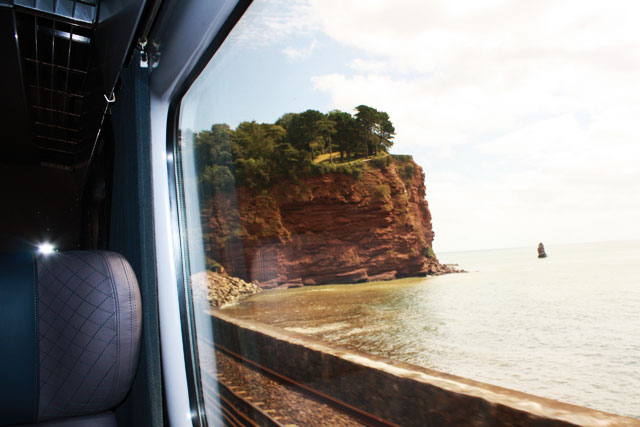 About 5 hours by rail from London, the harbour town of Newquay (pronounced New-Key), is a British budget holiday paradise. During the months of July and August, Newquay’s population explodes with tourists from all over England who flock to the stunning beaches along the coast, and the vibrant nightlife in the town.

Fistral beach, at the edge of the town, is a mecca for surfers worldwide, home to various surf schools, the annual Boardmasters surfing competition and a giant green Havianna flip flop which is actually a shower. 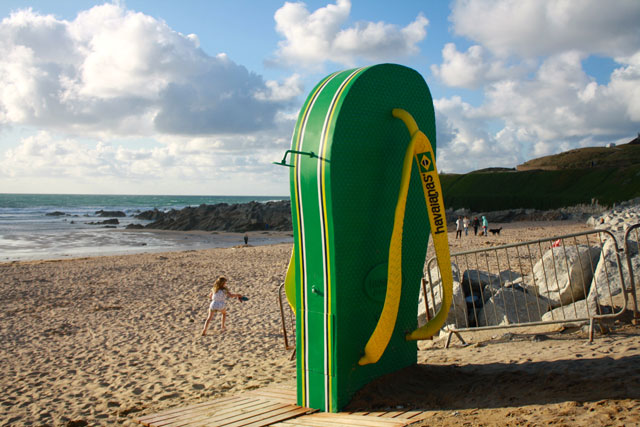 When our family visited Newquay, our 7 year old took a surfing lesson from Surf Sanctuary, which operates from the the Headland Hotel and Spa. The Headland Hotel itself is very grand, taking fame for being the location for the 1990 film, The Witches. It is by far the most luxurious place to stay in Newquay, and well worth a visit –if not for the night, then at least for a cream tea or a cocktail overlooking the beach.

We took the train from London Paddington to Newquay on a First Great Western service called the Cornish Riviera, changing at a local station, Par, to connect with Newquay. The journey along the coast is one of the most stunning I have ever experienced, with one section of the track between Exmouth and Dawlish running so close to the sea wall, you feel like you’re actually on a boat!

If your family likes train rides, then you’ll love the railway culture once you get to Newquay. Next to the Newquay zoo, there is a small playground and the “Little Western”: a miniature railway with short rides costing only a couple of pounds. There is also a reasonably priced hop-on-hop-off “train” (really a set of trailers, shaped like a train), which hoots and toots as it takes its tourists around the town.

Finally, the ultimate in railway culture and history: Lappa Valley Minature Steam Railway: an elaborate set of miniature railways, playgrounds and attractions set along an old branch line, hidden in the middle of the Cornish countryside, about 25 minutes from the town. I recommend splashing out on a taxi to get there; Cornish roads are exceedingly narrow and windy, and ironically, you have to get to the Lappa Valley Railway…by road.

Once the sun goes down in Newquay, expect to see the wild side of British drinking culture, as the town erupts with groups of young people celebrating stag parties and “hen nights”, often dressed in costume: drag, traffic cones, morph suits, and recently banned: Borat-style swimwear.

Underneath it all, there is Cornwall: home of the cream tea, the Cornish pasty, the most stunning coastline – and some of the best train journeys- in the United Kingdom. 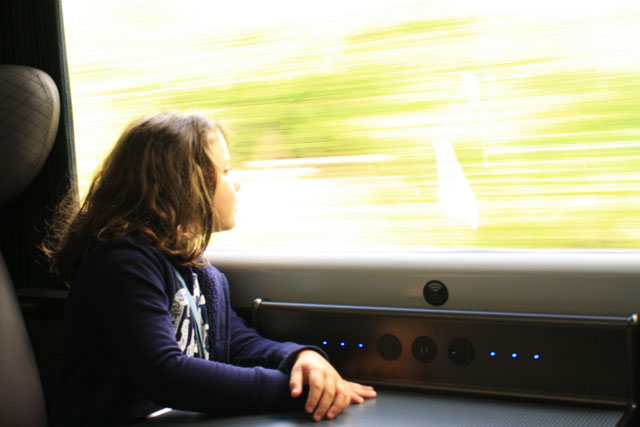 Helen Earley is a travel writer from Halifax, Nova Scotia, and editor of Family Fun Halifax. She and her family experienced London and the South West of England using the Britrail Flexi-pass. Read another article about their trip.