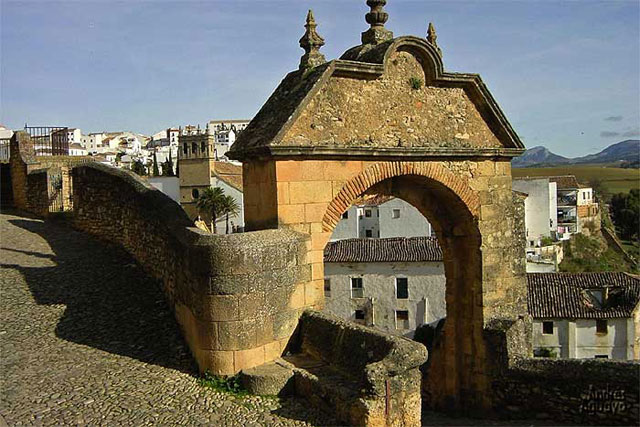 Ronda is one of Spain’s most visited cities. It is a small city famous for the impressive Puente Nuevo (new bridge) that spans the gorge that separates the old town from the new town. The Real Maestranza bullring is one of the oldest in Spain and is where modern bullfighting was conceived. You will find many beautiful churches, museums, wonderful coffee shops and tapas bars, all within a short 30 minute walk. 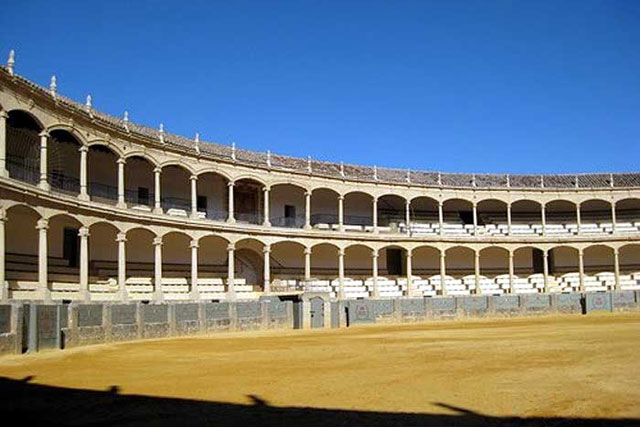 The city is blessed with some of Spain’s most impressive nature and historic monuments, several of its hotels offer views of the Tajo gorge from their windows, or views of the mountains surrounding the city. As one of the most visited cities in Spain, Ronda has a fantastic selection of hotels, hostels, guesthouses, and self-catered accommodations guaranteed to suit all tastes. Our four star hotels include the Parador, Molino del Arco, Reina Victoria, Montelirio, Maestranza, Acinipo, Don Benito, and Hotel San Gabriel. 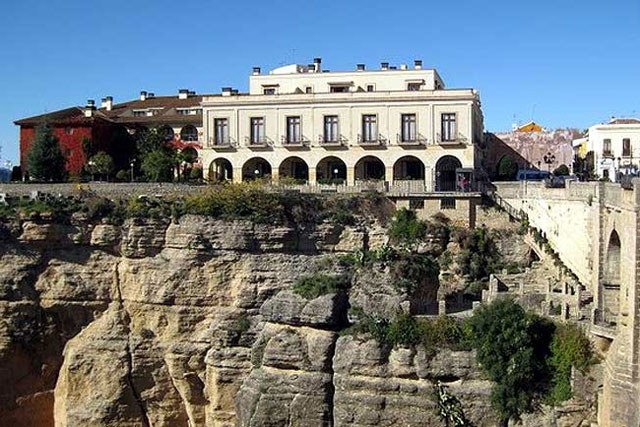 Ronda is the most important city in the northern Malaga province, and also the closest city to many of the smaller villages in the Cadiz province, making Ronda an ideal base for exploring the region of Serrania and other Andalucian cities such as Sevilla, Granada, Córdoba, Jerez de la Frontera, Cadiz, Antequera, or Malaga. 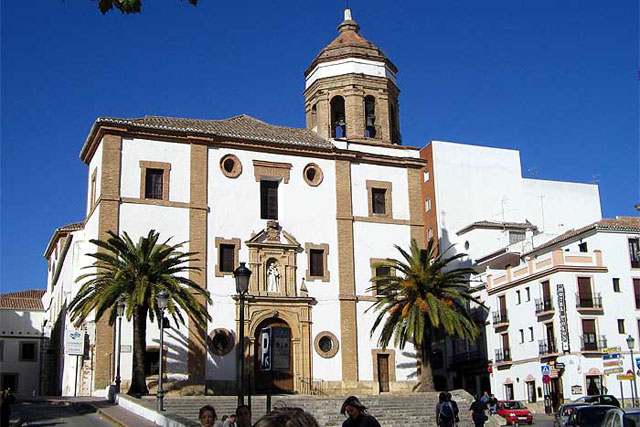 Ronda is also very close to three protected natural parks, the Sierra de Grazalema, Los Alcornocales and the Sierra de las Nieves. The Serranía is also home to pre-historic cave paintings at Benaojan, Neolithic dolmens at Montecorto, and of course, the Roman city of Acinipo.

The countryside of the Serranía is unique and universally important. Many endemic species make their home there. For example, the Abies pinsapo (the Spanish fir tree), the last examples of these fir trees, is a living fossil that grew in the Tertiary period and still exist in the Serranía today.

There are more than 30 different species of orchids that flower in the Serranía, beginning in January, with most peaking during the spring. Many can be easily seen at the road and path sides.

Large soaring birds, if seen in a group, are likely to be Griffon vultures. There is a large breeding colony in Garganta Verde. You can also see a variety of eagles including Booted, Short-toed, Bonelli’s and Golden eagles. There are also several Egyptian vultures breeding in the park. Other birds to look out for are Red billed chough, Lesser kestrel, Hoopoe, Bee-eater, Black-wheatear, Blue rock thrush, Rock thrush and Woodchat shrike. 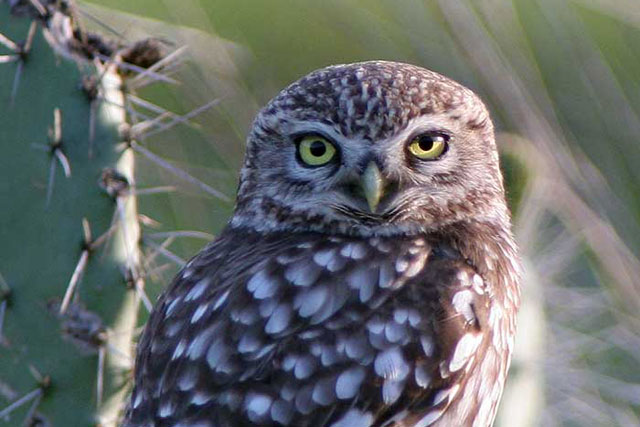 There are around 80 butterflies on the wing during the summer months and the Two–tailed pasha, Cardinal, Cleopatra, Spanish Swallowtail, Large Tortoiseshell and Marsh fritillary are some of the largest and more easily seen.