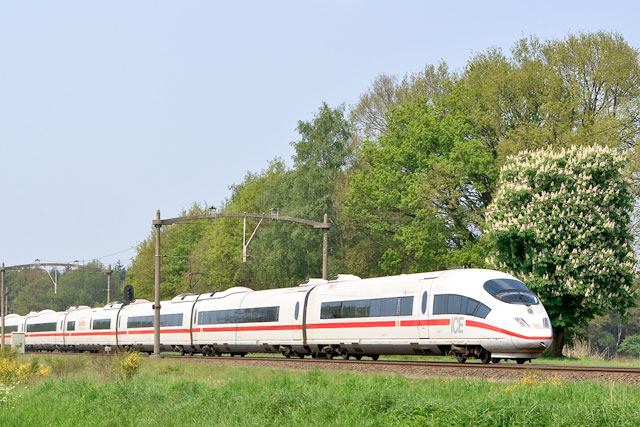 Germany‘s Intercity Express (ICE) trains now feature improved on board internet reception on five routes, which includes two highly popular lines: from Dortmund to Berlin via Hanover and from Frankfurt to Munich via Nuremberg. The service also extends to the routes between Hamburg and Berlin, between Göttingen and Wolfsburg, as well as, between Fulda and Würzburg.

This announcement marks an impressive milestone for the German Railways. You can now surf the internet throughout 3,000 km of rail in Germany, and across 90 ICE trains! And by the end of the year, the number of trains offering wireless connection is expected to double.

Using the service on board the ICE train is simple and doesn’t require you to have a registered account. Payments via Credit Cards, ClickandBuy, MicroMoney and PayPal are all accepted upon starting a session. Also, you can connect to the Internet from any DB lounges, with some exclusive lounges offering the access free of charge.

Travel on your own flexible schedule throughout Germany with a German Rail Pass and benefit from great discounts & special offers on boat crossings, bus tours, hotel stays and more. Enjoy great destinations like Berlin, Dresden, Frankfurt, Cologne, Hamburg, Munich and every other German cities.