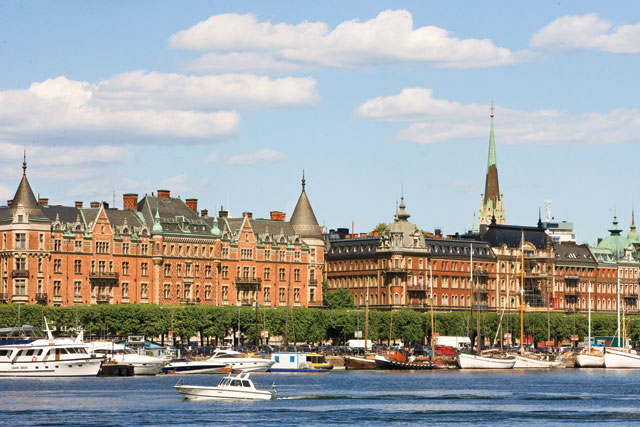 Sweden’s best from Stockholm to Goteborg

Sweden is as beautiful as it is peaceful, the country attracts a lot of visitors enjoying outdoor activities and its Nordic winters. Stockholm and Göteborg are among its most popular destinations and allows for a world of discoveries. Both cities are linked by a single rail line.

Built on 14 islands, connected by 57 bridges, the city distinguishes itself with lovely green spaces and a ubiquitous proximity to the water. Most of Stockholm’s attractions can be reached on foot, allowing you to experience the natural scenery such as the Royal National City Park, holding the distinction of being the first National City Park in the world.

Stockholm also houses many cultural institutions including two UNESCO World Heritage sites: Drottningholm Palace, which is the home of the Swedish royal family, and the riveting Woodland Cemetery.

At the other end of the country, there is the city of Goteborg known for its world-class seafood. Goteborg may be second to Stockholm in size, but has no reason to be envious. Like Stockholm’s amazing green spaces, Goteborg also has its fair share of parks, hiking and jogging trails. And just as Stockholm is made up of many islands, Goteborg also features its southern archipelago with thousands of islands.

The city’s wild card, however, is its exquisite seafood. Goteborg holds seafood safaris during the fall, a holiday that enables visitors to experience the fishing, preparation and tasting of its delicious lobster, oysters, crayfish and other tasty meals.

From coast to coast, Sweden offers different scenery that is best experienced when traveling by train. Travel between Stockholm and Goteborg aboard Sweden’s high speed trains and arrive in approximately 3 hours 15 minutes. Trains leave every hour in both directions.

Several Eurail Passes can take you to Sweden and allow you to experience both Stockholm and Goteborg. Here are a few examples: The Eurail Sweden Pass is valid throughout the country, allowing you to add cities such as Malmö and Karlstad to your list of cities to visit. The Eurail Scandinavia Pass is valid in four Scandinavian countries including Norway, Finland, Denmark and of course Sweden. Finally, you can discover Sweden along with 23 other countries with the Eurail Global Pass.