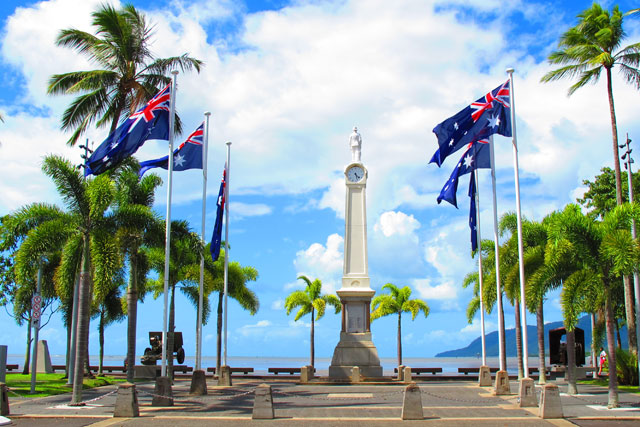 Travel Diary Part 3: The XPT and The Sunlander

On day 7, I took a plane from Adelaide to Sydney and then continued onto Brisbane traveling on CountryLink’s XPT night train. The Sydney station is quite lovely. It’s also a very big and busy station with its own Rail Heritage Centre.

I will add that CountryLink surprised me with its level of organization. The check-in service was really easy. Knowing it was a holiday and that the station would be busy, I arrived an hour before my departure. It turns out it was an unnecessary precaution. Checking-in only took a few minutes. Since CountryLink’s XPT night train departs late in the afternoon, the view and the atmosphere in the train adds something extra to this trip. The train takes you along the coast so you get to see the sun as it beautifully sets below the horizon. If you’re interested in a journey on the XPT, you should consider getting a Backtracker Rail Pass, which is also valid on the XPLORER train and on coach services to over 360 locations in and around New South Wales.

Day 8: Along the Brisbane River
The next morning, I woke up in Brisbane. I would suggest that people take advantage of the Catamarans, also called CityCat. The Catamarans are boat transportation that takes you to different parts of the city along the Brisbane River. There are boats leaving every half hour or so and you can hop on and off at the different stops. It really is a great way to get around the city.

Day 9: Destination Cairns
I stayed one night in Brisbane and boarded The Sunlander on the next day. The Sunlander travels from Brisbane up to Cairns and is a feature of both the Queensland Explorer Pass and the East Coast Discovery Pass. As you leave Brisbane, you get to see the Glass House Mountains – a group of mountains located on Australia’s Sunshine Coast. It was explained that the mountains were originally formed after molten lava cooled from volcano eruptions which explains why the shape of some of these mountains are so unique. We also passed by the sugar cane plantations from which the local sugar we used on the train was being harvested.

Overall, this was a fun trip with a wonderful level of service. The table settings and the meals we had on The Sunlander were absolutely phenomenal. They also included commentary on the train explaining the history of the regions we were passing by. The whole trip felt really special!

Day 10: The Kuranda scenic railway
Cairns has the same tropical weather and rainforest type of vegetation I enjoyed back in Darwin. It’s also a lovely place to spend time. One of the main activities in Cairns is to go snorkeling along the Great Barrier Reef which is the world’s largest coral reef. It’s like being in a tropical aquarium, swimming alongside fish and turtles.

I took the Kuranda scenic railway, which takes you from Cairns to the Kuranda village. It’s a stunning 2 hour train ride through the rainforest. On the way back to Cairns, instead of taking the train, I took the SkyRail. It gives a different perspective as, this time, you are traveling above the rainforest.

After about 10 days of great activities and memorable train rides, I spent the last two days of my trip enjoying Cairns and traveling back to Sydney before my final flight out of Australia. With The Ghan, the XPT and The Sunlander transporting you through vastly untouched and visually stunning natural landscapes, it’s clear why these Australian trains definitely earn their spot among the best train rides in the world.