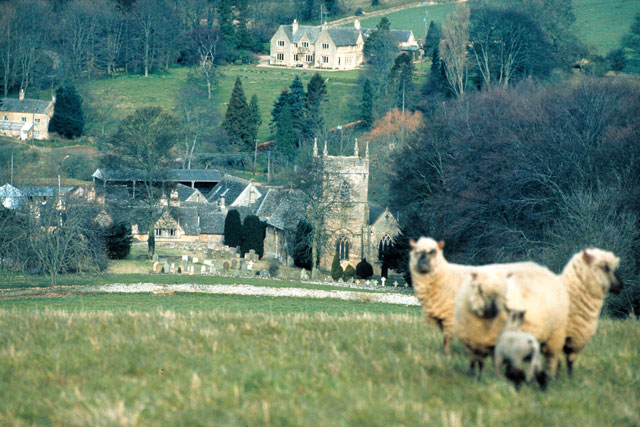 Natural beauty at the heart of England

Not only are the Cotswolds part of the most cherished countryside of England, it’s the largest Area of Outstanding Natural Beauty (AONB) the UK has to offer. A favorite destination among BritRail travelers, the Cotswolds combine popular attractions and quaint villages into one irresistible package. The Cotswolds area features a range of hills in the southwest and central-west regions of England. These lush hills, honey-coloured villages and historic towns are why this region is the most popular rural area in England.

Charming and quiet are the words used to describe the endless list of beautiful towns and villages in the Cotswolds. The former wool trade capital of England remains attractive thanks to its picturesque grasslands. The stunning beauty of the Cotswolds has long been a source of inspiration for artists and writers of all generations and has become a residence for wealthy personalities. Damien Hirst, JK Rowling Patrick Stewart and Kate Winslet are some of the celebrities now living in the Cotswolds.

2 – Must see cities at the boundaries

The Cotswolds area is also notable because it finds itself between popular cities that are not quite at the heart of the Cotswolds, but are still very important to the region. While being on the outskirts of the Cotswolds area, Stratford-upon-Avon in the north, Bath in the south and Oxford in the east are three cities offering their own compelling reasons to visit:
Stratford-upon-Avon is known for being the birthplace of playwright William Shakespeare. Oxford is home to historic landmarks including Christ Church, a location used in filming the Harry Potter movies. Lastly, the city of Bath, a UNESCO World Heritage Site attracts a lot of tourists thanks to its natural hot springs and stunning architecture.

Getting around
You can reach the Cotswolds by train with a BritRail England Pass valid throughout England. Don’t forget you can save up to 20% off a BritRail Pass or BritRail England Pass with BritRail’s Low Season Discount – on sale until February 15th, 2013 for travel in November, December, January or February. With a BritRail Pass, you will be able to visit the town of Stratford-upon-Avon, Oxford and Bath as well as Moreton-in-Marsh and Cheltenham in the heart of the Cotswolds.