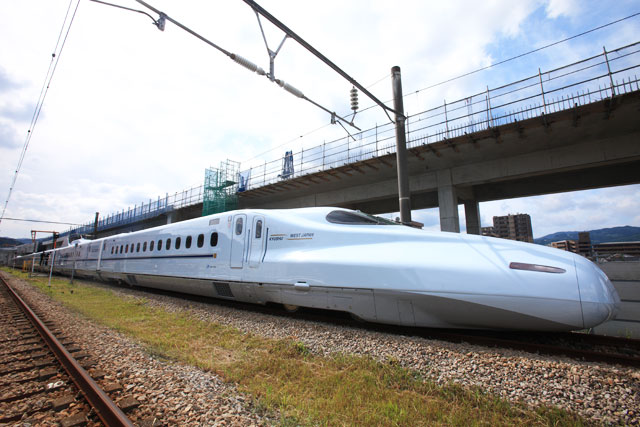 With bullet trains covering huge distances in a short time it’s tempting to assume that anywhere in Japan can be reached within a few hours. Yet almost 3000km separate the southern tip of Kyushu from the northernmost point in Hokkaido and an itinerary that covers all four of the main islands of Japan, even with a 21 day Japan Rail pass, is bound to involve many hours spent on trains. A bit of planning is therefore essential if you want to make the most of your Japan Rail (JR) Pass. Here are a few useful things to know while you’re planning your itinerary.

Seat reservations are free with a JR Pass and can be made at any point until the time of departure. Reserved carriages may be half-empty even on a busy service when there is standing room only in the unreserved cars. Head into the ticket office and tell the agent where and when you want to travel. As a foreigner, pointing at a calendar and smiling while badly mispronouncing your intended destination is the normal routine. You can make reservations for several days in advance and change them as often as you need without charge.

2. You can survive without speaking Japanese

One of the biggest fears for visitors to Japan is how they will get by without knowing the language. Thankfully the rail system is fully geared up to deal with this. The name of every station is indicated in both Japanese and Roman characters, while you’ll be relieved to hear onboard announcements in English on all major lines and even on most local services in rural areas.

3. Railway stations are great places to stock up on food

A cart service is available on all high speed services, but it’s wise not to rely on the on-board service for anything more than a hot drink. Main stations in Japan offer a fantastic selection of fresh food and typically include sushi trays, bento boxes and European-style bakeries. Prices are typically quite reasonable. You’ll find the cheapest food at the ever-present convenience stores, with all manner of fresh snacks including sandwiches which usually come with edges removed.

4. Know the unspoken rules about eating on trains

Eating while on the move is generally considered impolite in Japan. As having a meal during a long-distance journey is unavoidable you will be forgiven for opening a lunch box at your seat during a cross-country trip. You should however avoid munching on a packet of crisps or drinking from a can of cola on a local train. If you are unsure the best advice is to look around you and see what others are doing.

5. Breaking your journey allows you to see more of Japan

Japanese stations are well equipped for the needs of the traveller and perhaps the most useful facilities you’ll encounter are the coin lockers. Even found at many small stations, these provide convenient storage for your bags, allowing you the freedom to explore for a few hours before resuming the journey to your overnight destination. With this in mind it’s a good idea to keep a good supply of 100 yen coins. Lockers cost around 300 to 600 yen depending on size, with the large ones able to hold two backpacks or even a suitcase.