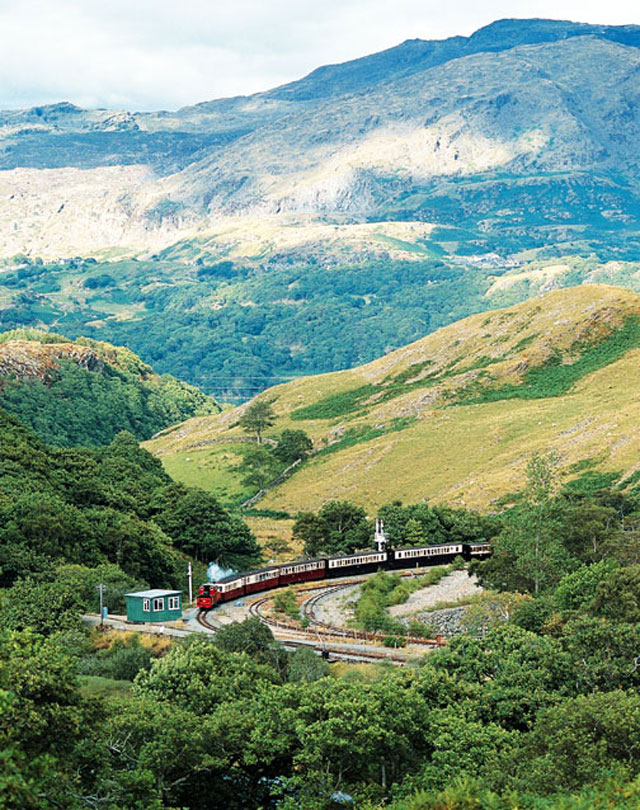 By Carl H. Larsen
I didn’t know my BritRail Pass allowed me to walk back in time, so it was a surprise to learn that pass holders can receive substantial discounts on a wide number of “heritage railways” throughout the UK, many of which run trains operated by steam locomotives.Heritage railways are abandoned rail lines that have been brought back to life by dedicated cadres of volunteers and professional staff as tourist railroads. An agreement with Britain’s Heritage Railway Association gives pass holders as much as 25 percent off outings on these vintage railways. The lines offer an opportunity for a day trip near mountains, moors and valleys.You’ll find yourself walking 100 years into the past while riding on such lines as the Bluebell Railway, the closest major line to London; the Watercress Line, Severn Valley Railroad and the North Yorkshire Moors Railway.If some of these routes, their stations and trains look familiar, it’s because they are frequently used by film and TV producers to provide an authentic setting for their stories. The Harry Potter films have used the North Yorkshire Moors Railway for station shots and you may recognize trains or stations from watching “Downton Abbey,” “Brideshead Revisited” and any number of Sherlock Holmes films.While many of the heritage railways can only be reached by car or bus, a few have easy connections within walking distance to Britain’s national railway network, making a day trip very easy from major cities. The Bluebell Railway, closest to London and very close to Gatwick Airport, is extending its line so that it will meet up with the national rail network at East Grinstead, England, and trains from London‘s Victoria Station, an hour away. Meanwhile, there’s a bus service to the Bluebell depot.The following train stations on Britain’s rail network offer walkable connection to these major heritage lines:

Heritage railways frequently offer special events such as “Days Out with Thomas (the tank engine)” programs for kids, World War II period reenactments, “Santa specials” and dinner trains in the style of first-class Pullman service of years ago. Many of these railroads have their own pubs and tea rooms, as wells as gift shops and full restroom facilities. Be sure to ask for a BritRail pass discount when visiting any of these grand old railways.

*Note from BritRail: BritRail in conjunction with the Heritage Railways Association (HRA) is offering up to 25% off the admission of many HRA’s railways all over the U.K; https://www.acprail.com/britrail-teams-up-with-heritage-railways