Trenitalia Frecciargento trains combine high-speed travel with supreme comfort. Currently there are two types of Frecciargento trains in service: the ETR 485 and, since 2008, the ETR 600. Capable of traveling at speeds of up to 250 km/h, both of these powerful commuters provide a dependable connection between most major city centers within Italy.

A unique feature of the Frecciargento is its ability to operate on both high speed and conventional tracks. In addition, the train commonly known as the Pendolino (which translates to “small pendulum” in Italian) has a special tilting mechanism in its chassis design. This system helps the train to maintain optimal speed when taking corners along the track.

Popular routes that employ the Frecciargento train include Florence to Venice, Rome to Venice and Rome to Verona with frequent, prompt departures are available every day.

Travel by Frecciargento and choose from 5 different e-ticket fare options:

Your Trenitalia e-ticket also allows you to choose from 2 seating classes (Second and First).

A trip aboard the mighty Frecciargento includes a wide variety of convenient services from city to city, with a smile!

The total dimensions of your luggage set must not be larger than 250 cm (based on height, length and width) and its total weight must not exceed 25 kg. Door-to-door delivery services are available for a small fee in certain cities in Italy.

Regional trains marked with a bicycle sign will accept them on board for a small fee. You may carry your bicycle free of charge aboard domestic trains provided it is kept in an appropriate bicycle case. The bike case’s total dimensions must not exceed 80 x 110 x 40 cm and it must be placed in the designated storage space on the train.

You are allowed to ride the train with your pet. Free transportation is restricted to small animals only such as cats, small dogs and birds. Pets must be kept in a cage or similar enclosed carrier no bigger than 70 x 30 x 50 cm in size. Larger animals are permitted as long as you pay the price of a travel ticket for animals. Guide dogs for the blind can travel for free on all Trenitalia Frecciargento trains with no obligation.

Assistance services are available for people with reduced mobility and special needs (individuals in a wheelchair, the mentally handicapped, the visually or hearing impaired, seniors and pregnant women). Request for assistance may be made by contacting Trenitalia’s dedicated call center (local number: 199 303060) no less than 24 hours before train departure.

Venice Canal Historic District (Venice)
Noted for its man-made network of winding waterways, the Venice Canal Historic District was created in 1905 by Abbot Kinney as part of his “Venice of America” vision. In just minutes, a pedestrian walkway can guide you from the city’s hustle and bustle of traffic to the quiet charm of canal life, complete with its water buses, romantic gondolas and quaint waterfront homes.

Santa Maria Novella (Florence)
Florence’s main train station was named after this ancient city church, which dates back to the late 13th century. From an architectural standpoint, it is one of the most significant Gothic temples in the Tuscan region and a highly-recommended tourist attraction.

Bologna Museum of Modern Art (Bologna)
This visually-engaging city museum is a popular stop among visitors to Bologna. Catering to the unconventional, the museum houses both temporary and permanent works of modern and Bohemian art. Experience artistic experimentation like never before!

Victory Monument (Bolzano)
Erected during Fascist ruler Benito Mussolini’s sovereignty, the Victory Monument was unveiled in 1928 to both celebrate Italy’s victory over the Austria-Hungary commonwealth and honor those who perished during World War I. Today, the monument remains an important symbol of early fascism in the country’s colorful history.

Arena di Verona (Verona)
Verona’s ancient Roman amphitheater was built in the early 1st century A.D. and originally had a seating capacity of 30,000. Today, though having a maximum capacity of only 15,000 for safety reasons, the internationally-acclaimed theater remains in use, hosting large-scale musical and operatic performances regularly. 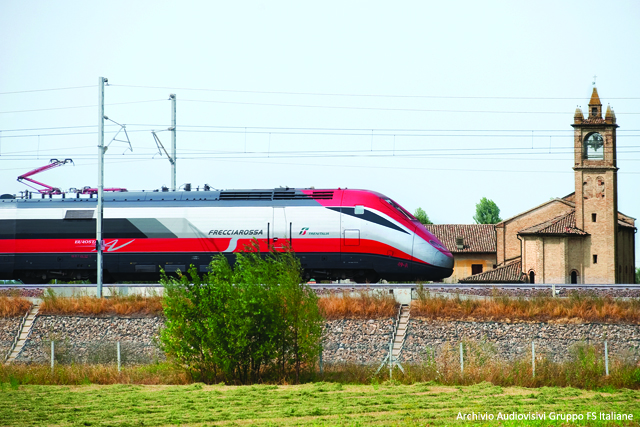 Rome – Milan – Venice – Florence – Naples – yes, please! The long and narrow shape of Italy makes train travel an ideal way to quickly get around the country. Italy’s efficient network of high speed trains allows you to appreciate the rural landscape as well as visit many of the country’s highlights during...Read More