AVE Renfe trains give travelers access to a comprehensive network of city-to-city commuter rail connections throughout Spain. A.V.E. stands for “Alta Velocidad Española”, or “Spanish High Speed” – a befitting name, considering the train’s ability to reach top speeds of up to 350km/h!

Currently, there are 3 primary trains that operate the AVE network: the Series 100, Series 102/112 and Series 103. Popular routes include Madrid to Barcelona and Madrid to Malaga with frequent, prompt departures every day.

Travel by AVE Renfe train and choose from 3 different e-ticket fare options (Renfe E-Ticket Promo Fare, Renfe E-Ticket Promo+ Fare and Renfe E-Ticket Base Fare) as well as 3 passenger classes (Turista, Turista Plus and Preferente). If you’re buying more than one ticket, consider purchasing a Eurail Spain Pass, as it may be cheaper.

Come see why the AVE train is one of Europe’s longest and most celebrated high-speed passenger trains!

Passengers are allowed up to three pieces of luggage. The total dimensions for all three items may not be larger than 290 cm (based on height, length and width) and their total weight may not exceed 25 kg. Delivery services are available.

Only folded or dismantled bicycles inside carrying cases are allowed on AVE trains, provided their total dimensions do not exceed 180 cm.

A maximum of one animal per passenger is allowed, traveling in a cage or similar enclosed carrier with total dimensions not exceeding 60 x 35 x 35 cm. Transportation is restricted to small pets, such as cats, dogs, ferrets and birds (poultry is excluded) having a maximum weight of 10 kg.

AVE Renfe trains include space and facilities for travelers with reduced mobility and special needs. Wheelchairs with maximum dimensions of 70 cm (wide) x 130 cm (long) x 140 cm (high) are allowed onboard. Ramps are also available on all AVE trains to help passengers board and get off the train.

Rail Passes for Travel on AVE Trains in Spain

Alcázar of Seville (Seville)
Recently registered as a World Heritage site, Seville’s Alcázar is the oldest royal palace still in operation in Europe. After 11 centuries, this palace has a great many stories to tell and offers much for the eye to see – from its Alhambra-inspired tile and carved ceilings, to its open courtyards and gardens fit for a king!

Alhambra (Granada)
Overlooking Granada in the south of Spain is the Alhambra, an ancient complex that is equal parts palace, fortress and garden. A leading Spanish tourist attraction, this thousand-year-old landmark is well-noted for its amazing Arab-Islamic architectural work.

Mezquita of Cordoba (Cordoba)
The Mezquita, or “Great Mosque” of Cordoba is a captivating building renowned for the forest-like layout of columns and arches that decorate its main hall. This historic mosque, considered a major achievement in Moorish architecture, should be an integral part of your itinerary while visiting the city.

Roman Theater (Malaga)
Malaga’s ancient Roman amphitheater was built during the 1st century A.D. and remained in operation until the 3rd century. Rediscovered in 1951, this magnificent stone structure is one of the few surviving remnants of Roman Hispania in the city.

Royal Palace of Madrid (Madrid)
Built during the mid-1700’s, The “Palacio Real de Madrid” was originally the home of King Charles III and as of 2014, that of King Felipe VI. Many rooms inside the palace are routinely open for public viewing except during state functions.

Sagrada Familia (Barcelona)
A towering, castle-like Roman Catholic church located in Barcelona, the Sagrada Familia is among Spain’s most popular must-see landmarks. It was conceived by Catalan architect Antoni Gaudí, who worked persistently on the building for nearly 40 years until his death in 1926. Though today, Gaudí’s final masterpiece stands unfinished, it remains as one of the country’s most impressive temples. 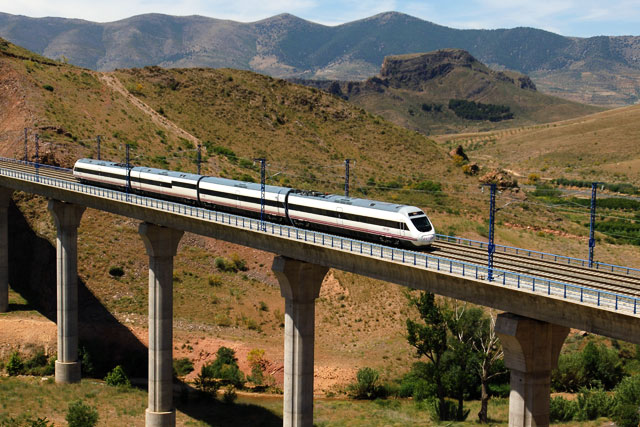 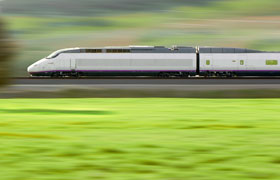 E-tickets now available for all domestic rail routes Planning a trip to Spain this summer?  Travelers will be happy to know that booking transportation around this vibrant country just got easier as ACP Rail International now offers domestic train routes as e-tickets.  Spain’s popular train routes are numerous, whether it’s travel aboard the high speed...Read More