The Kyushu Railway Company presents the Kyushu Shinkansen, a Japanese high-speed train often referred to as a bullet train. Launched in 2004, rail the line connects the district of Hakata in Fukuoka Prefecture with the city of Kagoshima, located on the western tip of Kyushu Island (Japan’s southernmost and 3rd-biggest island).

There are two kinds of Kyushu Shinkansen trains presently serving the Hakata to Kagoshima route: the 800 Series and N700 Series. Both trains boast a maximum operating speed of 260kms per hour. Most Kyushu trains provide two seating class options: “Ordinary Car” (basically standard class) and “Green Car” (much like first or business class).

The Kyushu route spans approximately 257 kilometres, with an average travel time of 1 hour, 20 minutes. En route, the train makes a brief stop in several cities which include Kurume, Shin-Omuta, Kumamoto and Izumi (Kagoshima).

Simply purchase a Kyushu Rail Pass to board the Kyushu Shinkansen. This convenient, flexible pass lets you explore the entire island of Kyushu by train or just a specific area of Northern Kyushu. Available as 3 or 5 consecutive travel day passes.

Get your pass to exceptional value and flexibility as you plan an exciting journey through the captivating Kyushu region of Japan! 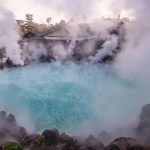 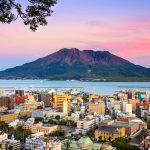 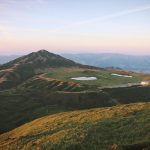 Along the Kyushu Shinkansen train route

Marine World Uminonakamichi (Fukuoka)
This public aquarium centers on the marine life of the Tsushima Strait, which separates Japan and Korea. There are 70 tanks in total for visitors to see, housing a variety of sea mammals including dolphins, sea otters, sea lions, spotted seals and 20 different species of sharks.

Tsurumaru Castle (Kagoshima)
Commonly referred to as “Kagoshima Castle”, the Tsurumaru was built in 1601. The castle is renowned for its small size and mediocre build quality, considering it was the main fortress for one of the wealthiest Japanese feudal lords of the time!

Tosu Stadium (Tosu)
Formerly the Best Amenity Stadium, this city sports arena was built in 1996 and can seat up to 24,490 spectators. The site is presently used to host the home matches for Sagan Tosu, an up and coming pro football club in Japan’s J1 League.

Tabaruzaka Park (Kumamoto)
Tabaruzaka Park is a site that commemorates an epic and violent 17-day battle that unfolded during the Satsuma Rebellion of 1877, nine years after the revolutionary Meiji Restoration. Park visitors can explore a restored warehouse marred by bullet holes and receive a battle history lesson at the on-site war memorial museum.

Nitta Shrine (Satsumasendai)
Known among the Japanese as the “Good Luck Shrine”, this temple is situated near the top of Mount Shinki; approximately 70 m from ground level. Awaiting visitors to the shrine, are the two magnificent guardian dog statues who stand sentry near the entrance. The site is a tribute to Nitta Yoshioki, a famous 14th century samurai warrior. 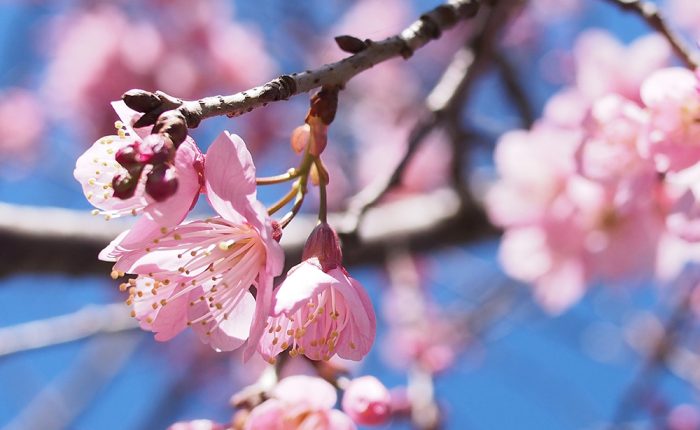 Have you always wanted to see cherry blossom trees at their peak blossom period in real life? Planning a trip to Japan in the future? Well, we’re here to help you out!  We found a couple of amazing places on the island of Kyushu that you can easily visit with our Kyushu Rail Pass . First...Read More 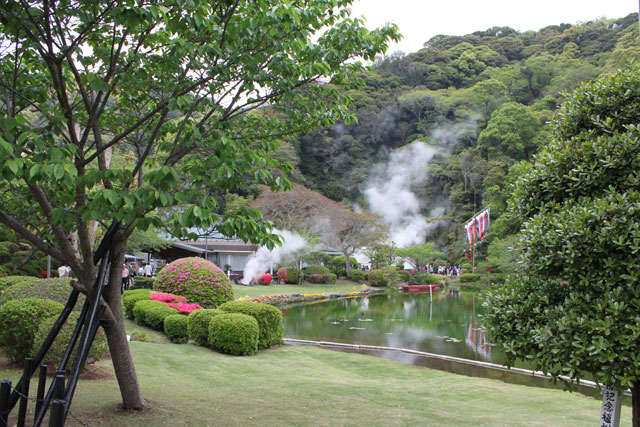 A look at Japan’s southernmost island Planning a trip to Kyushu? Japan’s third island in size includes eight prefectures and many cities waiting to be discovered. You can explore the island at your leisure with a Kyushu Rail Pass. Here are six destinations you can reach by rail to help get your itinerary started. Fukuoka...Read More