SNCF TGV trains in France have been providing an exceptional level of high-speed travel services around the country since 1981. The name TGV is actually a French acronym which translates to “Train à Grande Vitesse”, or “High-Speed Train. The SNCF company, which initially focused on travel in and out of Paris, has since expanded its network to connect passengers between several major cities all across France.

Noted for their sleek, ultra-modern design and high- speeds, TGV trains will transport you in comfort and style on one of 4 main domestic lines: the TGV Sud-Est, TGV Atlantique, TGV Réseau or the TGV Duplex. Popular routes departing from Paris include Lyon, Marseille, Avignon, Bordeaux and Dijon. Frequent and prompt departures are available each day from over 200 French train stations.

Come see why TGV is the first name in reliable high-speed travel in France!

Why Choose Travel on TGV Trains?

SNCF TGV trains in France provide storage areas for your luggage next to your seat (just be sure each item is properly labeled with your personal identification). Luggage trolleys can be accessed at designated points around the train station. Porters are available to help carry your baggage free of charge at the Gare de Lyon station in Paris. A door-to-door baggage delivery service is also available for a small fee.

In order to board with your bike without folding or dismantling it, you must book a space for it on the train (for a small fee) when purchasing your ticket. If you fold up or take apart your bicycle and store it in a bike case no bigger than 120 x 90 cm, it will be considered carry-on baggage that travels with you for free, provided there is space available to store it.

All TGV trains allow you to travel with your pet. When bringing a pet along, you must book a travel ticket for animals when booking your own. A maximum of two dogs or two travel carriers per person is permitted. Pets under 6 kg in weight must travel in a cage or similar transport carrier no bigger than 45 x 30 x 25 cm (a small fee is charged). Larger pets are charged 50% of the Second Class adult ticket price. Guide dogs for the blind require no ticket and travel for free on all TGV trains.

If you are traveling with a disability, you’ll have access to a number of special services and amenities to help make your trip more comfortable. There are dedicated spaces available to you on the train if you are wheelchair-bound and thus unable to use a conventional seat. SNCF TGV trains in France also offer “door-to-train” assistance, escorting you safely from your home to your seat on the train and, if you so choose, from your arriving train to your ultimate travel destination.

Eiffel Tower (Paris)
Arguably the most iconic city landmark, the Eiffel Tower represents both the fine elegance and artistic architecture of Paris. It features 3 visitor levels including a panoramic observation deck 906 ft above ground level. Originally built for display during the 1889 World Exposition by Gustave Eiffel, the tower was quickly criticized for its design following the unveiling and was almost destroyed. Today, it is one of the most recognizable monuments around the globe, drawing roughly 7 million visitors each year.

The Louvre Museum (Paris)
The word “museum” simply doesn’t do the Louvre justice. This historic building is nothing shy of enormous, housing over 380,000 objects and exhibiting approximately 35,000 works of art dating from prehistory to the 21st century. It is the largest museum in the world. The Louvre’s prized collection includes artworks by da Vinci, Michelangelo, Delacroix and Raphael, just to name a few.

Amphitheater of the Three Gauls (Lyon)
Classified as a national heritage site in France, this ancient Roman complex was built around 19 B.C. and used for tribal meetings as well as public executions. Today, the surviving remains of the structure are open to visitors.

Cathedral Basilica of St. Mary Major (Marseille)
Commonly referred to simply as the Marseille Cathedral, this massive Roman Catholic church is a noted French national monument. It is an architectural marvel, and with its 3000-seat capacity, one of the country’s largest cathedrals. A must-see attraction for anyone visiting Marseille!

Pont Saint-Bénézet (Avignon)
Often called the Pont d’Avignon, the Saint-Bénézet is a renowned medieval bridge crossing the Rhône river between Avignon and Villeneuve-lès-Avignon. A key landmark in the town, the bridge gained worldwide notoriety during the 15th century through the now-famous song “Sur le Pont D’Avignon”. When the bridge was built in the early 13th century, it featured 22 stone arches. Today, only four remain, having weathered years of deterioration. In 1995, these surviving arches were registered as a UNESCO World Heritage Site.

Bordeaux Botanical Garden (Bordeaux)
This unique, eye-catching garden dates back to the mid-19th century and is home to over 3,000 species of native and exotic flora. A leisurely visit is always an option as the site is open to the public daily free of charge. 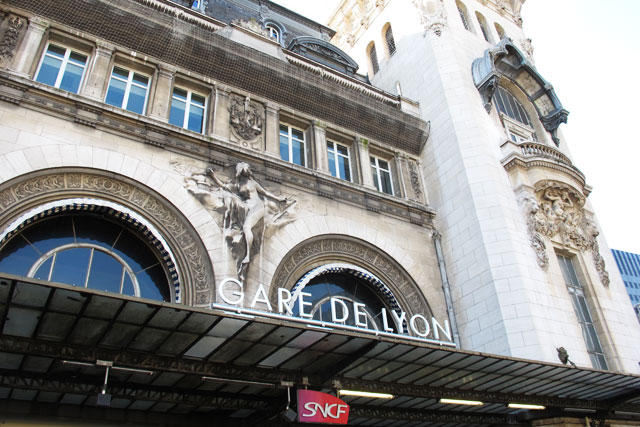